You might be thinking, “what a strange name”… What about these V giornate (5 days)? What do they refer to? Why is there such an important monument in memory of it? Do you see the monument?

We don’t want to bore you too much so we are just going to tell you that we are talking about more than 150 years ago… It was 1848, Milan was tired of being under the Austrian domain for so long (40 years) so the citizens decided to seek for freedom! At the time Milan wasn’t the only city under foreign rule! The whole Peninsula was fragmented and people started to think about an ideal: get rid of the foreign rule, unite the country and create a nation – Italy. They also asked for a head of state, a king – Vittorio Emanuele II. The repressions were so tough and strict that rebels started planning secret meetings and they had a secret slogan too. Indeed, people in the streets shouted at the top of their voice “VIVA VERDI” (Long live Verdi), pretending to support the famous composer (Giuseppe Verdi) while it actually meant “Viva Vittorio Emanuele Re D’Italia” – “Long Live Vittorio Emanuele King of Italy”. As you may already know (or you will surely study it), 13 years later Giuseppe Garibaldi united Italy with the Expedition of the Thousand!!!

Now, back to us, on March 18th 1848 – early in the spring – Milan citizens decided to rise up. None excluded: men, elderly, women, rich, poor, beautiful and ugly… Everyone had his/her own role! Just think that it was thanks to kids like you – small and smart – that it was possible to pass the Austrian barricades. From March 18th till March 22nd people experienced hard times, got the better of the oppressor. Today, this huge monument reminds us that liberty is one of the most important values a man can fight for! This place, Porta Vittoria, was one of the main bloody battlefields where Milanese won over the Austrians!

Now that you know what happened in those years, have a look at the obelisk! The marble basement holds a bronze statue of a lion, an eagle and 5 women! The roaring lion embodies Milanese raising up to get rid of the oppressor! The 5 women represent the 5 days of rebellion in Milan… Every woman symbolizes something different… The will to rise up, the tears for the dead in the second day, the strength to persuade people to rise again despite the wounds and the pride of the last two women wrapped up by the flag cloth: the fourth hoping for victory and the fifth playing the trumpet of victory! Nearby, the eagle – with its unfolded wings – is ready to fly off and accompanies the trumpet blast with its call. Unfortunately the sculptor died just before the monument was inaugurated, but he engraved a Latin sentence on a bell, to remind people that Milan is free thanks to all those Milanese that fought for freedom during these 5 days!

Would you like to be updated with news and curiosities about Milan? Sign up to our newsletter and you won’t miss even one!
CORRELATED ITINERARIES
Vittorio Formentano Park

On the tram 9 to discover the Liberation Milestones 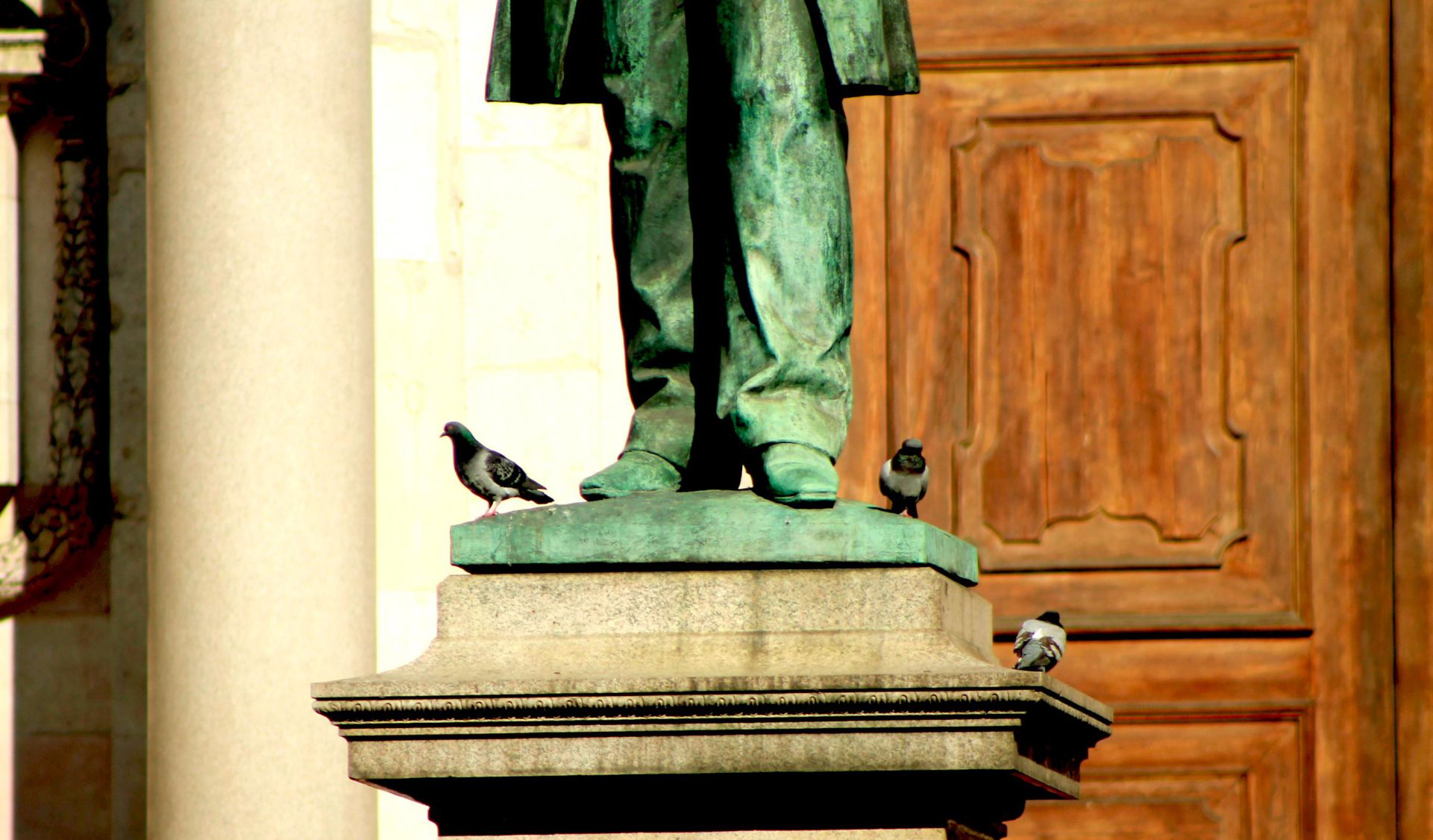 Discover all the attractions suggested by manoxmano!